February HUD Housing Scorecard Shows Both Inventory and Prices Down 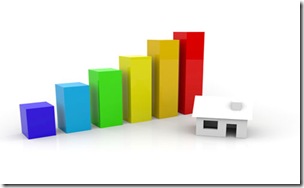 The US Department of Housing and Urban Development (HUD) has released the February edition of the Obama Administration Housing Scorecard. The latest data shows that the housing market is slowly getting stronger. The scorecard also highlights a situation that Realtor.com is showing as well, that the inventory is declining in some markets with fewer new and existing homes listed. Home prices were down for the fourth month in a row.

According to the scorecard, at the current rate, it would take 6.1 months to turn over the supply of existing homes currently on the market and 5.6 months to turn over the stock of new homes. This is the lowest months’ supply since 2006. Existing home sales also continued to improve, reaching their highest pace since May 2010. In a press release HUD Assistant Secretary Raphael Bostic pointed out that one in five Americans still owes more than what their home is worth and said that this is “a clear sign that we are not yet out of the woods.”

The Administration also released the “Making Home Affordable Program Performance Report”. For the Program to date, homeowners in permanent modifications have saved an estimated $11 billion in monthly mortgage payments. The report states that 85% of eligible homeowners entering a HAMP trial modification since June 1, 2010 have received a permanent modification, with an average trial period of 3.5 months. Since the beginning of this program, the Treasury has required loan servicers to improve their processes. Servicer Assessments rate the performance on key metrics such as identifying and contacting homeowners; homeowner evaluation and assistance; and program reporting and governance. For the fourth quarter of 2011, a total of nine servicers were found to need moderator minor improvement with respect to the specific metrics tested but no servicer was found to be in need of substantial improvement this quarter. The standards established by this program were also a guide for the $25 billion settlement announced in February.

The full Housing Scorecard is available online at www.hud.gov/scorecard.

Do you know what makes an agent successful? We do. Cross Realty welcomes queries from those who are interested in joining our award-winning team. Call Harry today at 757-434-9084 to schedule a confidential meeting.